Over the years, we have had the privilege of helping many players with muscular dystrophy. The situations are slightly different for every individual, but we have a few general recommendations of controllers that could help depending on your situation.

Research each controller and review the associated YouTube videos to ensure you are making the right decision for your gaming needs.

Sometimes, all it takes for players with muscular dystrophy to get into the game is a smaller version of a standard controller! Having the joysticks and buttons closer together, all the while being lighter in weight, can open the doors to storm the battlefield.

Take a look at the PowerA Mini Wired Controller on Amazon. 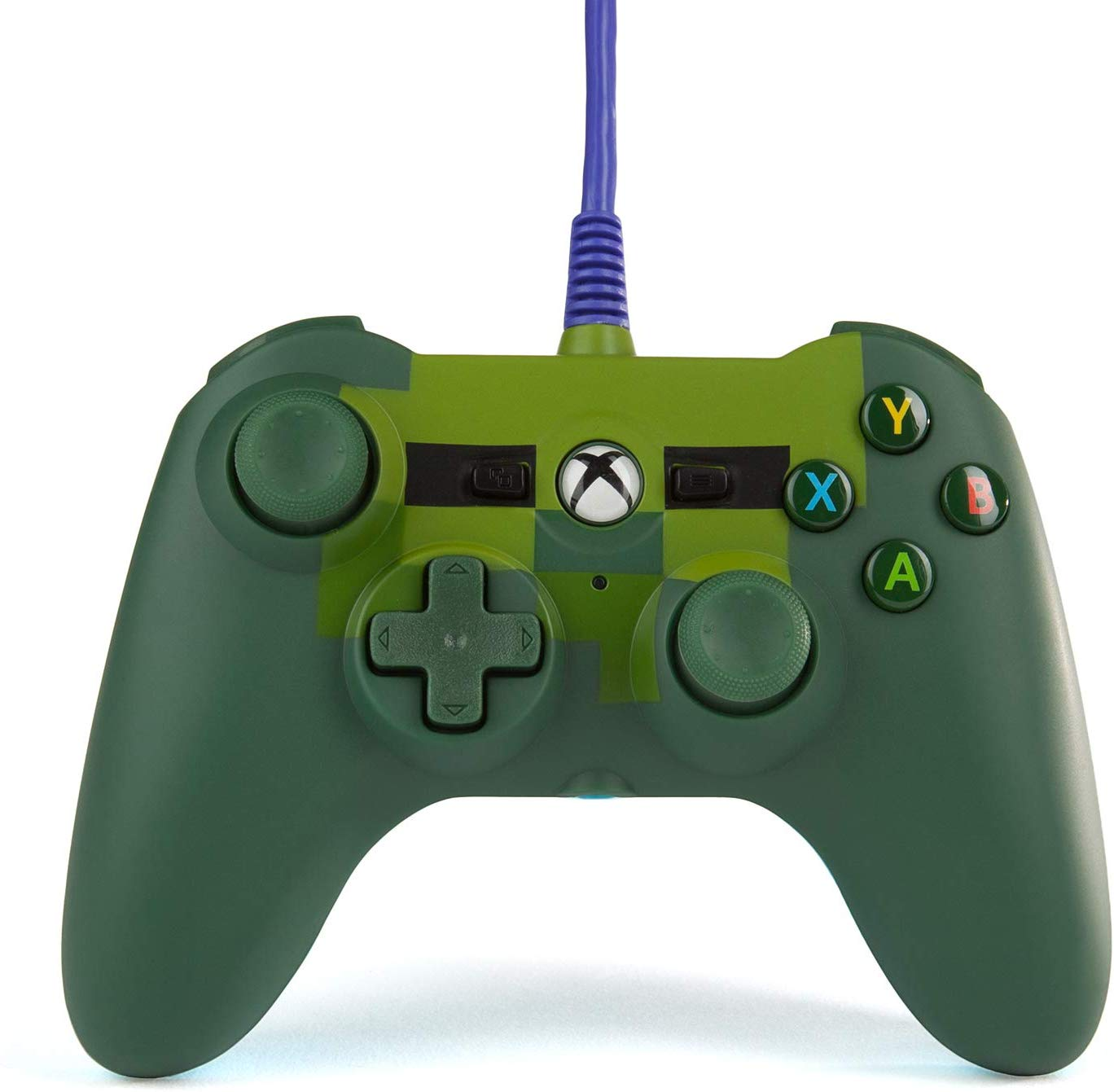 TrackIR is a head tracking input device designed to use with gaming and simulation PC titles. Players use their head to play most games, ranging from Indie to AAA titles. While it can be used as a standalone controller, it is also compatible to use with other controllers and input devices (i.e. a mouse or keyboard).

Without getting too much into the details, the powerful infrared camera tracks the position and orientation of your head, and then sends that data to any of the 100+ TrackIR Enhanced games and simulations.

Along with the TrackIR, there is also the TrackClip, which is included with every TrackIR 5 purchase. The TrackClip attaches to the brim of a hat or visor and has three retro-reflective markers that direct infrared light back to the camera. The TrackClip Pro, which attaches to most PC headsets, comes with active LED markers and is useful when you need to track from further away.

TrackIR can also be used as a keyboard replacement. With software called TrackMapper, TrackIR can be programmed to press up to four keys in any combination when you move your head as little as half an inch in any direction.

More commonly, we often used TrackIR with the TrackMapper to get the full usability out of it. The TrackMapper allows the TrackIR to set hotkey replacements (up to four to be precise). It also allows you to use it with any game, whereas the TrackIR in its standalone form does not.

Tilted is a wearable controller that allows you to map up to 8 gaming commands using short-head movements. Don’t be fooled though! This is not a head tracking device, like the TrackIR or Tobii. Rather, it focuses on your direct movement, which allows for much faster response time when you’re in the game.

You decide how much head movement is needed for each command, using their sensitivity and calibration sliders in their software. You can place the controller on the brim of your hat or headset, or really any other body part that you think would be the best fit for you! This controller can be used with any game because it communicates with your PC as any standard keyboard would.

Take a look at the Play Tilted website for more information, including videos of the controller in action.

AbleGamers developed and patented the very first bury controller, which sits inside a medical table and allows players to have access to all the buttons on an Xbox Elite controller, including the bumpers and triggers.

The Xbox Elite controllers sits inside a 3D printed box that is then buried into a medical table. On the face of the box are four flanges that reach to all the triggers and bumpers. This allows players to 100% game with their hands resting on the table and not have to worry about reaching for triggers or having to hold the controller.

If you think this will be a good option for you, contact us for more information! 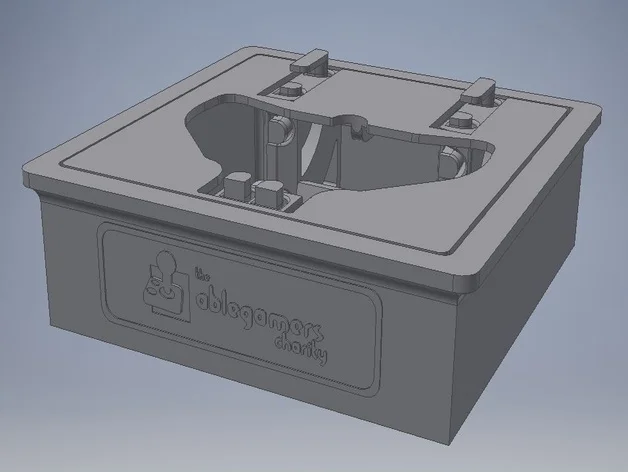 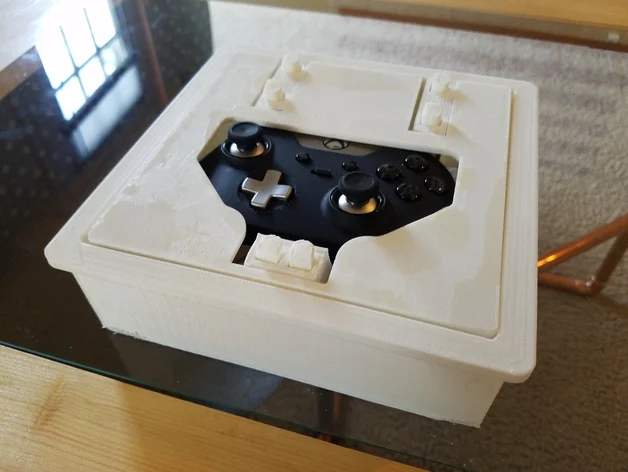 The Xbox Adaptive Controller (XAC) is a powerful controller that has shown monumental potential for players in our community. Utilizing the 3.5mm ports on the back, players can plug in their favorite switches into the associated buttons, thus allowing them to play their favorite games their way. 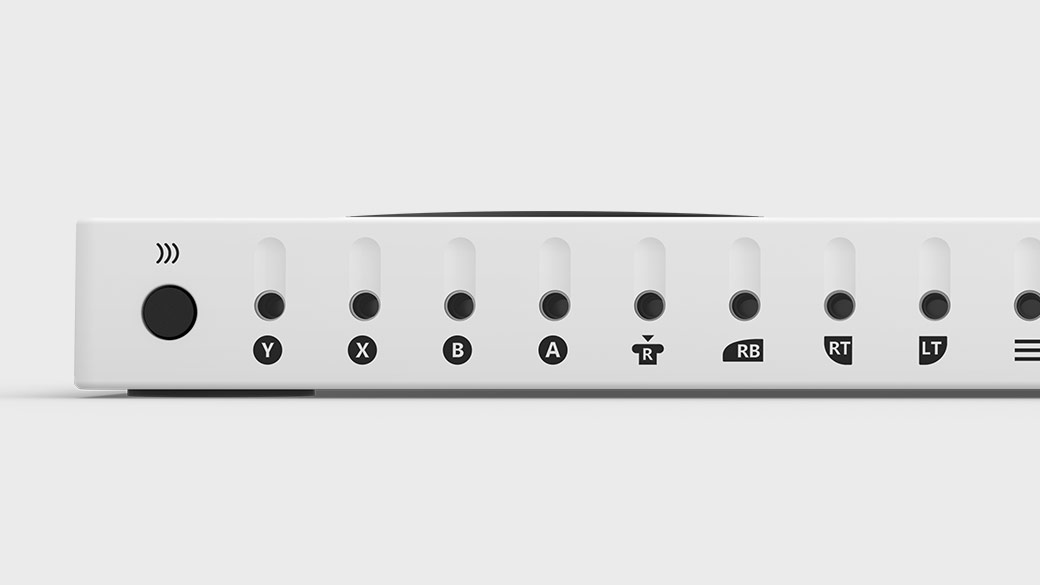 Furthermore, the XAC has two USB ports, where players can then plug-in adaptive joysticks that best allows them to the game. 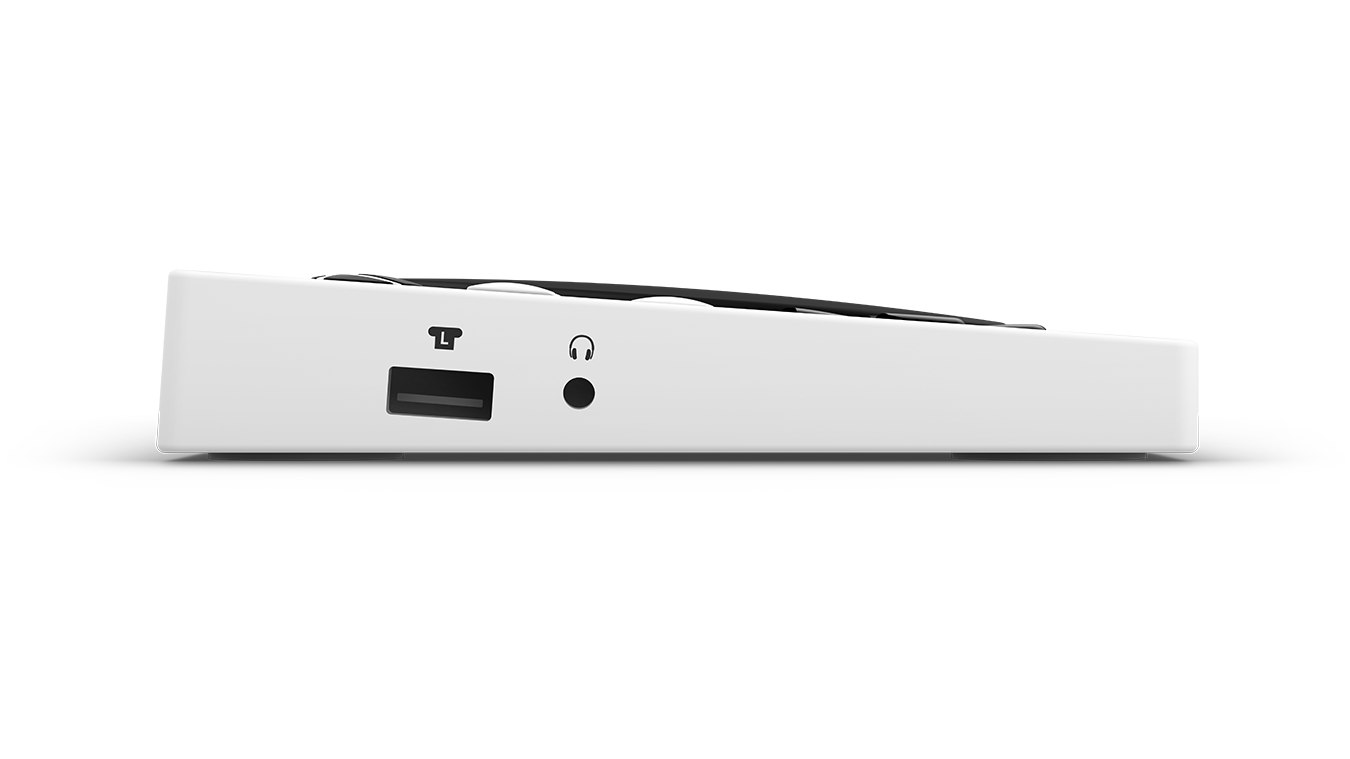 To use the XAC to its full potential, it’s important to invest in switches. The XAC essentially acts as a master hub; while this is critical to play, the switches you use are what truly opens the door to gaming.

There are tons of switches (a.k.a. buttons that can be placed just about anywhere) on the market. You can find switches for a variety of situations including, light touch, rigid, and even ones called “twitch switches,” which can be placed on a muscle such as your calf or eyebrows. You’ll want to do some research to ensure you are buying ones that will work best for you.

AbleGamers recently collaborated with Logitech to release their Adaptive Gaming Kit at an economical price of $99. We highly recommend checking this option first. The kit comes with: 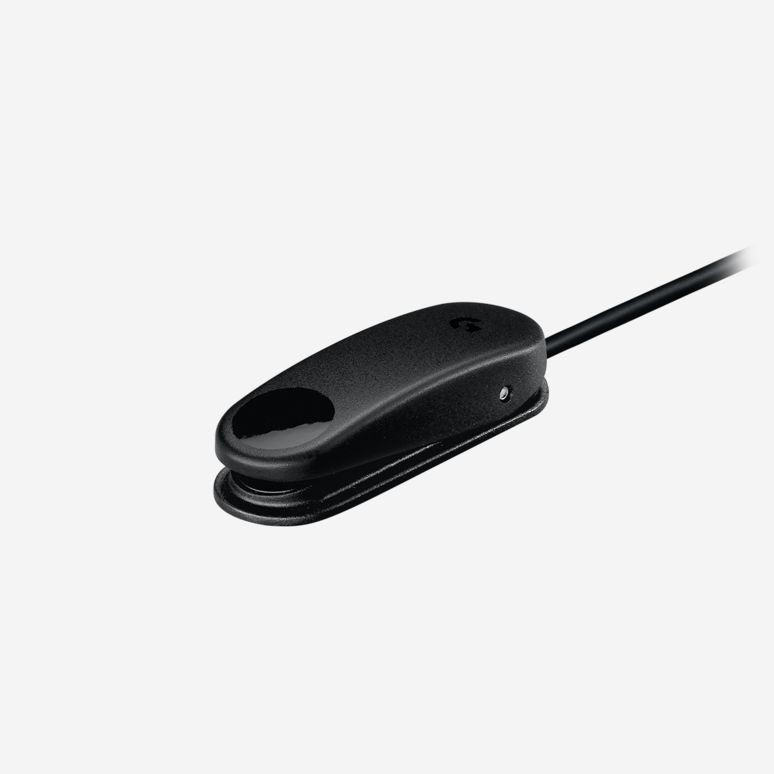 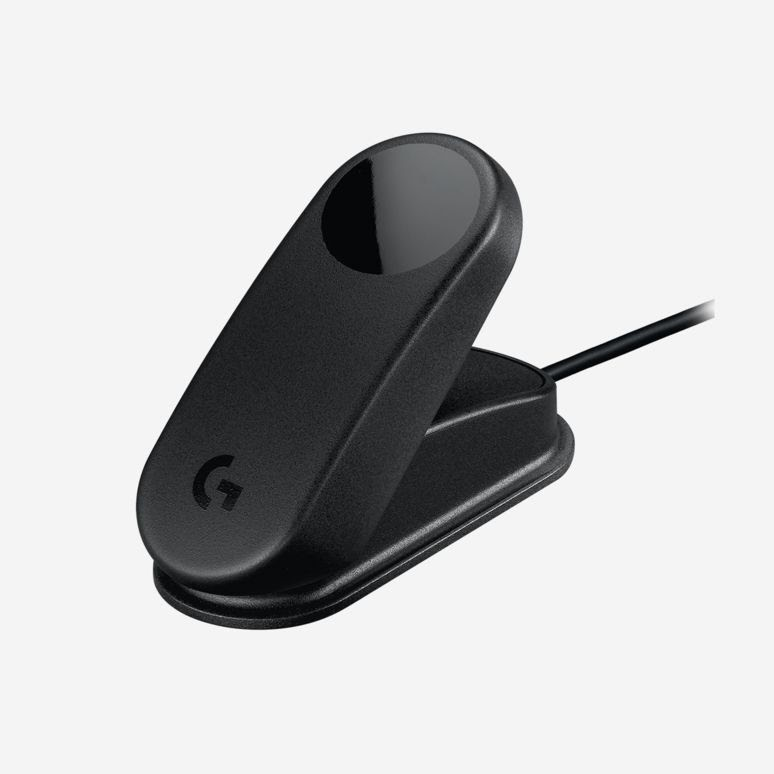 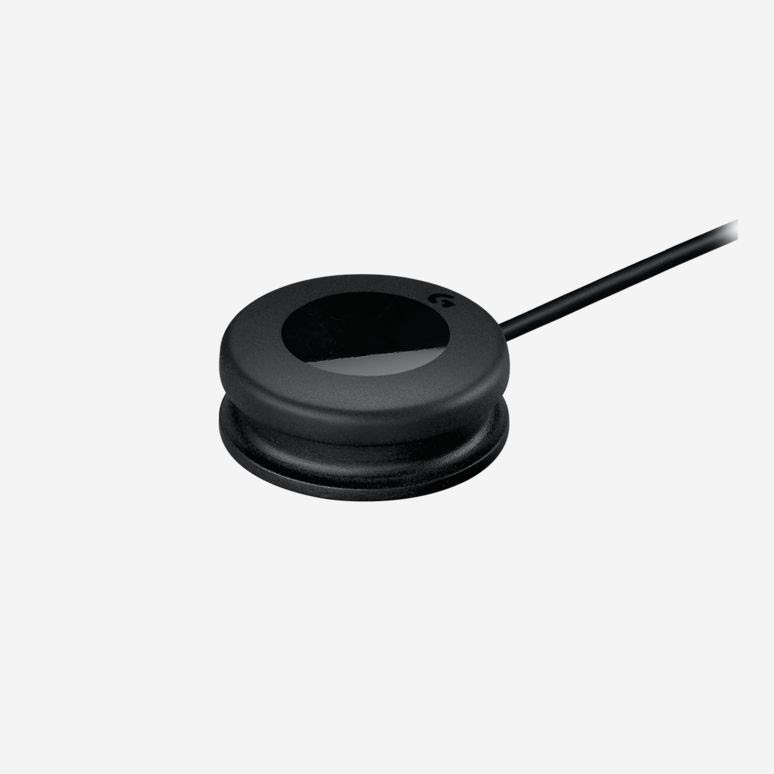 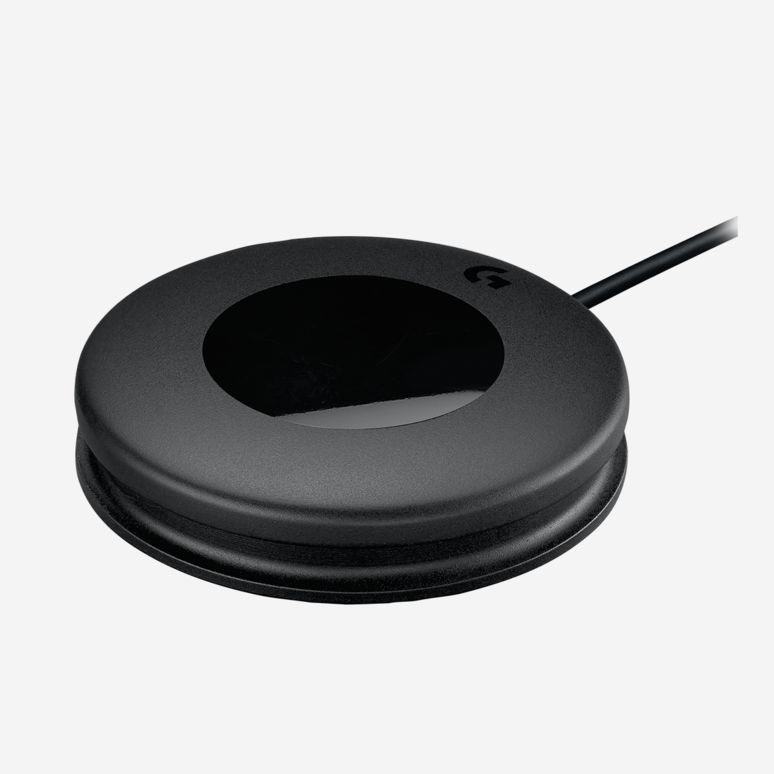 If you need something different, like a mouth switch or sip and puff switch, EnableMart has a variety of switches that range in size, touch requirements, and how they’re used. Make sure that for any switches you purchase uses a 3.5mm jack. Unfortunately, many of these switches are very pricey, but it’s a great place to start. Xbox also has a forum on what external devices work with the XAC.

Otherwise, check out the complete resource guide from Xbox on the XAC. They provide all additional details and associated videos to help in your decision making!

The Axis Pro Controller was developed through years of collective gaming experience from both able-bodied and disabled players. Engineered and then perfected through countless prototypes and testing, the Axis Pro is built for all levels of gaming enthusiasts. Featuring genuine Sanwa™ buttons, two premium analog joysticks and a precision 8-way digital stick, the Axis Pro offers peak performance and reliability. 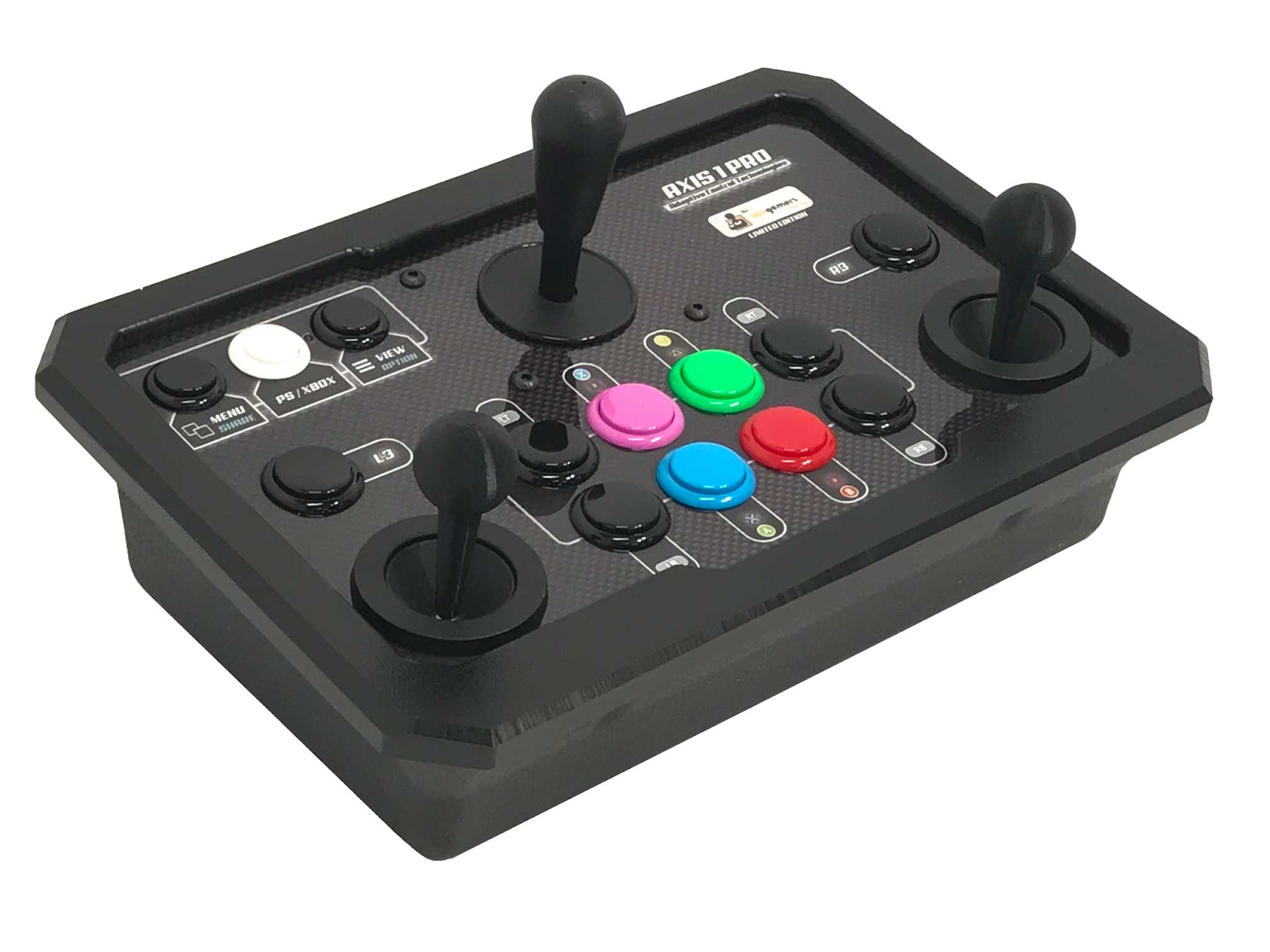 A very simple change to assist in accessibility for muscle disability or hand discomfort while gaming on the Nintendo Switch is the 8bitdo Arcade Stick. This controller not only brings back the nostalgia of classic gaming, but also introduces a customizable button layout to play Nintendo Switch, Raspberry Pi, Windows, and Steam titles. (The controller can also work with most other systems, including Xbox and PS4 using various adapters.) 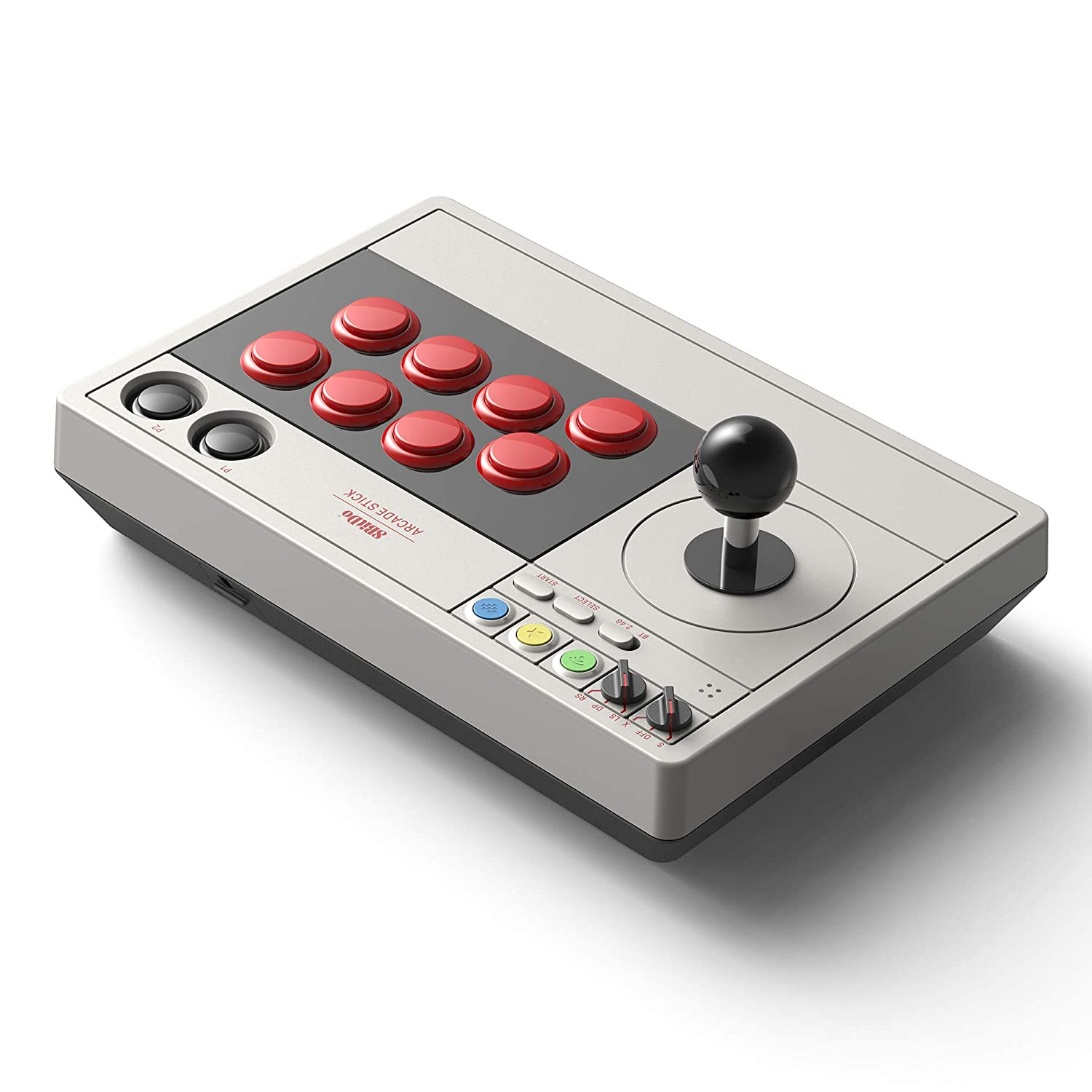 The reason this controller is so great is because it is basically a prebuilt accessible controller. Normally, when buying an accessibility controller, such as the Xbox Adaptive Controller, the controller is just the hub for the accessories (normally sold separately). With the 8bitdo Arcade Stick, everything you need to start playing comes with it.

This option is the simple quick-fix to issues using a standard controller. The price is around $90 USD right now (Less than the Xbox Adaptive Controller). It just keeps getting better!

The controller has multiple functions. The joystick can be set to the left analog stick, D-pad, or right analog stick with a turn of a knob at the top. This makes playing different games with different styles of play extremely easy. The red buttons also have a LED correspondent to show which button it is supposed to represent. What they represent can also be changed quickly by a knob at the top, or can be programmed to whatever you please.

The QuadStick controller has proven successful with our players who are quadriplegic. Utilizing the traditional sip-and-puff controls, players who have strong mouth movement and lung capacity find great success with this controller. It can also be used across the major consoles (Xbox and PlayStation) and PC.

While the QuadStick is one of the most popular controllers with players in our community, it does require the patience of Yoda to learn. Don’t let this sway you though if you think the QuadStick is the perfect controller for you! There are resources on their website and forums that can help you learn how to use the controller. You can also check out their videos on the controller.

Please note, some ventilator-dependent players may have difficulties with the sip-and-puff nature of the QuadStick. Depending on your level of breathing, this option may or may not be viable.

Please be patient with us.

We apologize in advance for delayed responses and scheduling and hope to be able to help you as soon as possible.